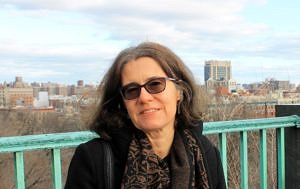 Claudia Breger is the Villard Professor of German and Comparative Literature at Columbia University. Having received her PhD and Habilitation from Humboldt University, Berlin, she previously taught at the University of Paderborn, Germany, and Indiana University, Bloomington. Her research and teaching span the seventeenth through the twenty-first centuries, with a focus on modern and contemporary culture, and emphases on film, performance, literature, and literary and cultural theory, as well as the intersections of gender, sexuality and race. More recent book publications include An Aesthetics of Narrative Performance: Transnational Theater, Literature and Film in Contemporary Germany. Columbus: Ohio State University Press, 2012 and the short volume Nach dem Sex? Sexualwissenschaft und Affect Studies. Hirschfeld-Lectures. Göttingen: Wallstein, 2014. Her new book, Making Worlds: Affect and Collectivity in Contemporary European Cinema, is forthcoming with Columbia University Press (2020). 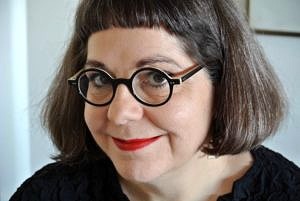 Elisabeth Bronfen is Professor of English and American Studies at the University of Zürich and Global Distinguished Professor at New York University. She is an authority on 19th and 20th century literature and visual culture and has published on a diverse array of topics. Hollywood, especially its role in war and military conflict, has been a recurring focus of Professor Bronfen’s work. Her current research projects include a book entitled Serial Shakespeare: The Survival and Return of the Bard in American Film and TV. 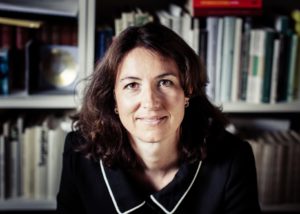 Mirja Lecke is chair of Slavic Literatures and Cultures at the University of Regensburg. Her academic interests include Russian literature of the imperial and post-soviet periods in postcolonial perspective, as well as the Polish literature of the enlightenment and post-communist eras. She published a monograph about the representation of the Western borderlands in Russian imperial literature: Westland. Polen und die Ukraine in der russischen Literatur von Puškin bis Babel (2015) and co-edited a volume on Russian-Georgian literary relations of the post-Soviet era with Elena Chkhaidze (Rossia – Gruzija after Empire; 2018). In 2020 she convened a workshop at the Israel Institue for Advances Studies (Jerusalem) with Efraim Sicher on „Cosmopolitanism in Urban Space: A Case Study of Odessa 1884-1925). 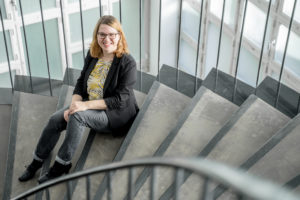 Kathleen Loock is Junior Professor of American Studies and Media Studies at Leibniz University Hannover and director of the research group „Hollywood Memories: Cinematic Remaking and the Construction of Global Movie Generations“ (funded by the DFG). Her research focuses on film remakes, sequels, and reboots, seriality in film and television, and the role memory and cultural repetition perform on the levels of identity formation and for the maintenance of imagined communities. She is the author of Kolumbus in den USA (2014), co-editor of Film Remakes, Adapations, and Fan Productions (with Constantine Verevis, 2012), and has edited several special issues: Serial Narratives (LWU: Literatur in Wissenschaft und Unterricht, 2014), Exploring Film Seriality (with Frank Krutnik, Film Studies, 2017), and American TV Series Revivals (Television & New Media, 2018). Her video essay on Blade Runner 2049 was published in [in]Transition: Journal of Videographic Film & Image Studies (2019), screened at international festivals and shortlisted for the Adelio Ferrero Award. She is currently finishing her book Hollywood Remaking. 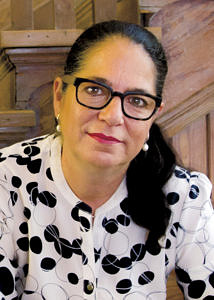 Ana M. López is a Professor in the Department of Communication, Associate Provost for Faculty Affairs and Director of the Cuban and Caribbean Studies Institute at Tulane University.  Her research is focused on Latin American and Latino film and cultural studies. She is co-editor (with Marvin D’Lugo and Laura Podalsky) of The Routledge Companion to Latin American Cinema (2017) and the editor in chief of the journal Studies in Spanish and Latin American Cinemas. She is also the author of the essay collection Hollywood, Nuestra América y los Latinos (2012) and co-editor of three collections of essays on Latin American cinema.  She has published more than three dozen essays and book chapters, addressing topics that range from melodrama and performance in the Golden Age Cinemas of Latin America, early silent cinema and modernity, and documentary to telenovelas, Cuban American media, and intermediality. She is currently working to establish a transnational research network focused on “On/Off Screen Cultures in Latin America” and on various projects reassessing melodrama in Latin America in the 21st century. 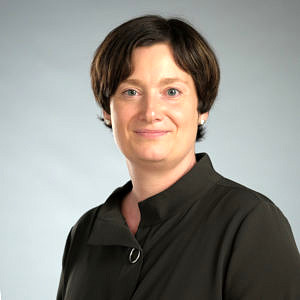 Annika McPherson is Professor for New English Literatures and Cultural Studies at the University of Augsburg, Germany. She studied at the Universities of Bremen and Victoria, B.C., Canada, previously taught British and Global Anglophone Literary and Cultural Studies at Carl von Ossietzky University Oldenburg and has been a guest lecturer at Stellenbosch University, South Africa. Her research and teaching areas include postcolonial studies; theories, policies and representations of cultural diversity in comparative perspective; Caribbean, West African, South African, Indian and Canadian literatures in English as well as diaspora studies and popular culture analysis. She served as President of the Association for Anglophone Postcolonial Studies (GAPS) and is an associate of the Wits Centre for Diversity Studies, University of the Witwatersrand, South Africa. She is currently developing a cooperative research project on „The Pleasures and Politics of Postcolonial Popular Cultures“ with a focus on global streaming media. 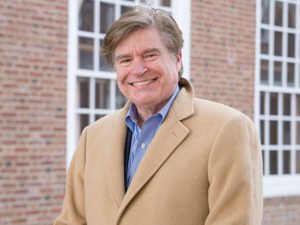 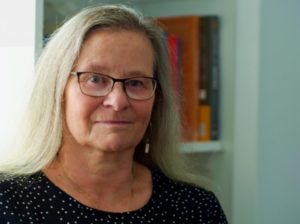 E. Deidre Pribram is Professor Emerita of the Communications Department, Molloy University, on Long Island, New York.  Her research interests encompass cultural emotion studies, film and television studies, gender, and popular culture.  She is the author of Emotional Expressionism: Television Serialization, The Melodramatic Mode, and Socioemotionality (2023).  Other recent publications include „Ensemble Storytelling,“ in Exploring Seriality on Screen (2020), „Storied Feelings: Emotions, Culture, Media,“ in Emotions in Late Modernity (2019), A Cultural Approach to Emotional Disorders: Psychological and Aesthetic Interpretations (2018), and „Melodrama and the Aesthetics of Emotion,“ in Melodrama Unbound: Across History, Media, and National Cultures (2018).

Ursula Prutsch is Associate Professor for North American Cultural History at the Ludwig-Maximilians-University, Munich. She teaches US-American as well as Latin American history. Her research is focused on populism in the United States and Latin America, on Inter-American policies, on Brazil and Argentina, as well as on Central European (forced) migration to Latin America. She is co-editor (with Heike Paul and Jürgen Gebhardt) of The Comeback of Populism. Transatlantic Perspectives (2019). She is the author of a book on Nelson Rockefeller’s Office of Inter-American Affairs in Brazil and Argentina (Creating Good Neighbors?, 2008), of the monograph Brasilien. Eine Kulturgeschichte (with Enrique Rodrigues Moura, 2013), the biography Eva Perón. Leben und Sterben einer Legende (2015), as well as of Populismus in den USA und Lateinamerika (2019). She has published dozens of articles on populism, transatlantic transfer of ideas and ideologies, and Inter-American relations from the 19th to the 21st century. She is currently working on a biography on Dona Leopoldina of Brazil and her instrumentalization for a politics of sentimentality. 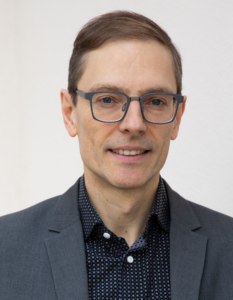 Martin Puchner is the Byron and Anita Wien Chair of Drama and of English and Comparative Literature at Harvard University. His prize-winning books cover subjects from philosophy to the arts, and his six-volume Norton Anthology of World Literature and his HarvardX MOOC (massive open online course) have brought four thousand years of literature to students across the globe. His best-selling book The Written World: The Power of Stories of Shape People, History, and Civilization (2017), which tells the story of literature from the invention of writing to the Internet, is being translated into eighteen languages. He is a member of the European Academy and has received numerous awards, including a Guggenheim Fellowship, a Cullman Fellowship, and the Berlin Prize. He is currently at work on a book about Rotwelsch, a secret language based on Yiddish, Hebrew, and German that has haunted his family for three generations. 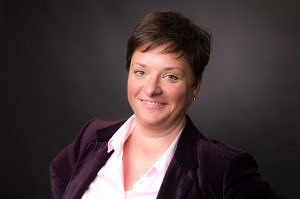 Stefanie Schäfer is a scholar of American and Canadian Studies specializing in figurations of the national in the American cultural imaginary through the lens of Transnational American Studies, Popular Culture, Mobility and Gender Studies. She is currently a EU Horizon 2020 Marie-Curie Research Fellow at the University of Vienna, where she works on the project “Transatlantic Cowgirl Mobilities” and serves as Executive Director of UVienna’s Centre for Canadian Studies. She holds a venia legendi in North American Literature and Culture (FSU Jena 2017) and a PhD in English literature (Heidelberg 2009). Her monograph Yankee Yarns. Storytelling and the Invention of the National Body in 19th-century American Culture (2021) examines the making of America’s national icon as an ant-sentimental figure. She has widely published on First ladies and visual culture and is currently hosting the Podcast LadyFiction at Amerikazentrum Hamburg’s Transtlanticist series. 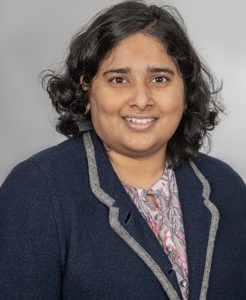 Rama Srinivasan is currently a Postdoctoral Fellow at the Department of Asian and North African Studies at Ca‘ Foscari University of Venice. She is also affiliated as visiting faculty with the International Institute of Information Technology, India. In 2020, she was awarded the Marie Curie Grant for the project, RE-NUP: Spousal Reunification and Integration Laws in Europe. RE-NUP studies the modes through which immigrant couples and families from South Asia navigate visa/residency processes in Germany, Italy and France. She completed her PhD in Anthropology at Brown University in 2017 and has also been a visiting postdoctoral fellow at the Max Planck Institute for Social Anthropology. In 2020, her monograph, Courting Desire: Litigating for Love in North India, was published by Rutgers University Press. Her research interests include gender and sexuality, law and society, popular culture, phenomenology, emotions and affect. 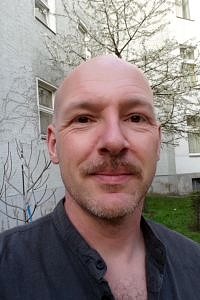 Simon Strick is currently a Postdoctoral Fellow at the John F. Kennedy Institute at the Freie Universität Berlin. His dissertation project brought together cultural studies, affect studies, and medicine and was published as American Dolorologies: Pain, Sentimentality, Biopolitics with SUNY Press in 2014. Among his research interests are medical history, media and film studies, disability theory, and popular culture. 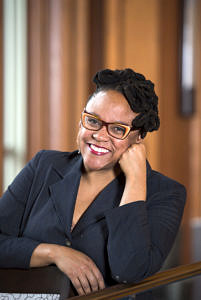 Rebecca Wanzo is Associate Professor for women, gender, and sexuality studies and Associate Director of the Center for Humanities at Washington University in St. Louis, Missouri. She is the author of The Suffering Will Not Be Televised: African American Women and Sentimental Political Storytelling (2009) and is currently working on a new project focused on African American citizenship and graphic storytelling. Moreover, Professor Wanzo’s work also focuses on civil rights sentimental fiction, theories of affect, and feminist and critical race theory.